Funny, sexy, and a bit steamy, A Girl Like You (Feb. 9th 2021) is both author Cari Scribner’s debut as well as the debut publication for new press Circuit Breaker Books. A Girl Like You chronicles the dating misadventures of 50-something, recently divorced, Jessica. 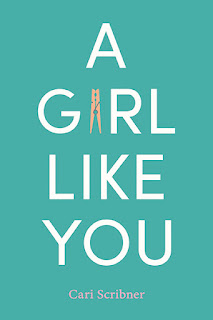 Tell us a little bit about yourself and your published book (s).
I was born, raised and went to college in upstate NY. I have a bachelor’s in journalism with a writing minor. I’ve always known I was a creative writer. When I was 5 years old, I composed commercials for Clairol Herbal Essences shampoo, which was a big thing back then. I wrote a YA novel 10 years ago that was shopped around by an agent but never found a home – it wasn’t about the supernatural.

AGLY is my debut women’s fiction novel. It chronicles a year in the life of newly-divorced Jessica Gabriel, 53, and her kids Madison Gabriel, 25, and Ian Gabriel, 21, all of whom are single and dating – or attempting to date.

I wrote the novel to encompass equal amounts of hilarity and heartbreak. Jessica navigates rough waters healing from her defunct marriage, her ex’s move from NY to SC, and launching a new career as a clerk in the hopelessly small-town setting of a historic town in upstate NY.

To me, it is a story about a woman finding her way in the often superficial world of dating today, and digging deep to discover what she really wants/needs. Ultimately, Jessica must be on her own (quitting online dating) and embrace her independence, realizing that being alone doesn’t mean being lonely.

Tell us about the genre you like to write, and how is it similar / different from other women fiction genres.
Contemporary fiction is my calling. It’s what I have always read and admired. My POV is rarely omniscient. Most frequently, it’s first person. This is the most natural “voice” for me and I think it conveys an intimacy and sense that the reader is inside the character’s mind and heart.

I purposefully did NOT set out to write romance. I wanted to portray reality, in all its stomach-dropping lows and euphoric highs. Readers have described the novel as like reading someone’s journal, and that’s the kind of connection I want. It’s the kind of conversation between girlfriends out for drinks (or dessert, which I prefer). It is deliberately unabashed. I don’t do the “fade to black.” Jessica’s sexual exploration is as relevant as her dealing with the stress of a really bad office job. She tests the waters and feels empowered by her discoveries. At the same time, Jess knows when and how to draw a line in the sand. By saying “no” to a certain kink, she is being assertive and discovering herself. This woman is never a victim of her circumstances. She always has a plan and manages to laugh at herself.

Listen, I knew when I was writing it this novel would not be every reader’s cup of tea. Many men as well as women have read it and said they could relate to the dating dilemmas. However, because it is somewhat explicit, there are readers who will blush. But hopefully, keep reading.

Jessica is propped up by a fabulous best friend and her two grown children. Even while married, Jess essentially functioned as a single mom. Now, she is feeling the close relationships she has with her kids begin to morph into something new: they don’t need her like they once did. But as an overtly sentimental mom, Jess feels the longing for the old days when they did everything as a little pack. She misses packing school lunches, putting on Band-aids, making Halloween costumes, bedtime stories, picnics, ballet lessons, cheering from the side of the soccer field. She feels the tug in her heart as her mothering days change seasons.

What are some of the biggest challenges authors of older protagonists face today?
Older protagonists simply need to find their audience! Women over 40 are a huge demographic. It’s a group that wants and demands fiction that carries some weight. Jessica is current and relevant and relatable. Anyone who has suffered through online dating (like me) has horror stories. Everyone is looking for love and acceptance. Women of a certain age understand the need to find this within themselves instead of searching for the prince among frogs.

Given the ongoing popularity of chick lit, where do you see light-hearted fiction for older readers ten years from now?
Chick lit will never dry up and go away. It will always be enormously popular. Chick lit doesn’t mean “fluff” to me. It means contemporary. Sure, it’s entertaining, but if it does its job right, it’s also thought provoking and maybe even life changing. I hope to see tons of new titles in the next decade as womens’ lives evolve.

When did it dawn on you that you wanted to be a writer?
In third grade, I won a contest for writing the most essays, and my kind and generous teacher told me I would write bestsellers one day. Silly me, I believed her because she was, after all, the authority figure. Journalism was a fantastic starting point: it had to be succinct, edited to perfection and on deadline. Sure, it wasn’t always creative, but I loved, loved going out and talking to people and putting their words into news stories. I often brought my own 3 children with me to assignments. My daughter would carry a small notebook and a pencil and pretend to take notes, before she even knew how to write.

Do you have a day job other than being a writer?
I am blessed to support myself with freelance writing work. Topics range from the best soil for gardening to the most favored flavor of ice cream to the risks of trading on margin. It’s something new everyday to research and put into written words. I am constantly learning.

What are some things that inspire you to write?
I am most inspired by the small things I see in life. I once saw an elderly couple drinking coffee from paper cups on a bench in a small park, and wrote an entire short story around that image. I wrote short fiction for 20 years (still do) before focusing on the novel. I was in so many critique groups and book clubs. Eventually, I found my voice with short stories and flash fiction (under 1,000 or even 500 words). I wrote several shorts after my father died a few years ago. They tend to be dark! Then I submitted them for about a year and was lucky enough to have 16 accepted. But there was a ton of rejection along the way! One story was rejected 35 times before finding a home. It just never occurred to me to give up. That was not an option!

What is your typical writing routine like?
I do my meditation and walk my dogs first thing in the morning, then do the freelance work at the dining room table until late afternoon. I’ve written the sequel, A Place Like This, and am in the process of editing and rearranging things. This is all done at night. My mind is tired of the technical work and I find that perfect flow state. I can’t chase it; I need to let it wash over me.

What kind of message do your book (s) convey to readers?
The message I hope to convey in AGLY is that everyone’s out there looking for the same thing: love and acceptance. The more we give, the more we will get. I am a firm believer in the Law of Attraction and trusting the universe. I have a tattoo inside my wrist that says “Trust.”

Does your book (s) incorporate certain aspects of your own life (and / or that of others)?
I’ve done my share of online dating, and I am a single, fifty-something woman. I do have adult children and dogs. I don’t know how to fix a leaky faucet or flat bicycle tire, or any of the million other zany things a head of household is supposed to know. Jessica is my best friend that I want to support and cheer on every step of her journey.

Any advice you’d like to give for aspiring writers over 40?
Advice for writers of any age is to just start! So many people say they want to write, but ya gotta just sit down and do it. Don’t be a copycat. Write what calls to you. Write in nuances or boldly. Be fearless. Show your work to other writers! Learn to take criticism without being defensive. Then start submitting. Everyone has their own success story, and mine had plenty of false starts. I tried to get an agent for AGLY for 18 months. I queried 100s of agents without a single reply. So I looked instead for a publisher. There have been some amazing instances of synchronicity along the way, when something happened in the perfect place at the perfect time. I am forever grateful for the chance to write and be read, and to be loved and accepted. 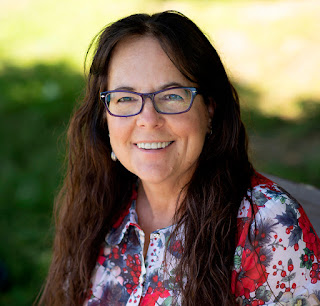 Cari Scribner of Ballston Spa, New York, has been a journalist and a freelance feature writer for more than twenty years. With topics ranging from travel to trends and from breaking news to family life, her work has been published in many outlets, including The Daily Gazette, The Saratogian, Times Union, and more. Her short/flash fiction has appeared in Bartleby Snopes, Brilliant Flash Fiction, Corium, Drunk Monkeys Fiction Southeast, Fiction Southeast, Flash Frontier, Gravel, Litro, New World Writing, Nottingham Review, and Vending Machine Press. She lives with her two dogs, Lucy and Miloh, while her grown children live nearby. A Girl Like You is Scribner’s first novel.